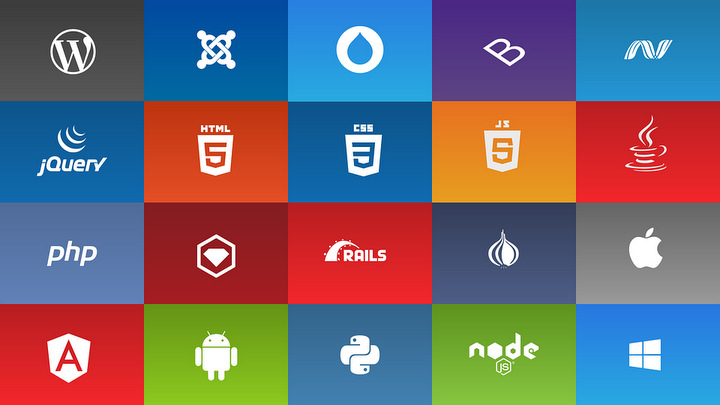 Tips to Choose Right Technology Stack for the Web Application

Before developing a top-notch web application, what is the most important factor you have to keep in mind? Obviously, it's the technology stack on which your app depends. Selecting the best technology is quite difficult for small scale industries or startups as they are usually low on budget. So selecting a technology stack that can kick-start or boost up their business is particularly challenging.

Choosing the right technology stack for your business will be profitable for you whereas the wrong tech stack can bring down your business with loss. So we have decided to help you in selecting the best technology stack for web application development. One important factor to point out is that some tools are free of cost, while some others are paid. If you want to develop a high user engagement web application, then you must go with the paid tools. This will cost you a little more but will surely help you to develop an interactive application.

What Is a Technology Development Stack For Web in 2020?

The technology stack is the most important part of developing web or mobile applications. Basically, it is referred to as the combination of programming languages and software for application development. It is important to select the right technology tool for your project in the early stages of development. Suppose for developing a building you don't directly start with the marble. At first, you start with girders to hang everything on it. Similarly, for an app, the tech stack works as a skeleton on which the whole app depends. You should consider hiring a cloud architect to help you in selecting the right technology stack.

There are two main parts of every tech stack; front-end and back-end. They are also known by other names, client-side or server-side respectively. 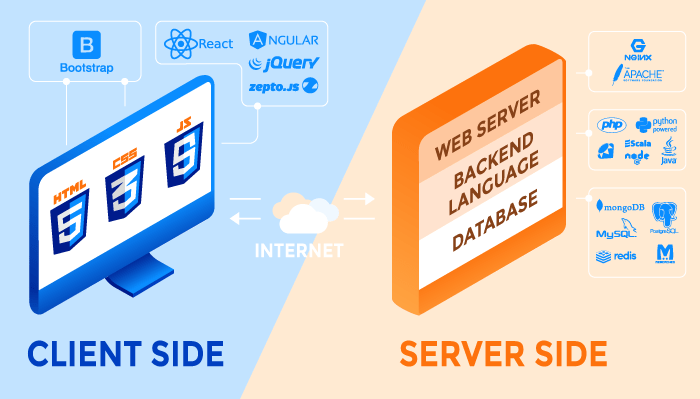 Front-end or Client Side

The front-end is everything that the user sees. It enables the interaction of the user with the application. The interaction usually occurs in the web browser and it is possible due to the following components.

On the other hand, the market for JavaScript development is a field of furious competition. Angular and React, being the leaders of front-end JS development have a huge community of supporters and users. Both are very well known in the market due to high performance and flexibility.

Although these two tools still rule the market of front end development, there is another tool in the market that developers consider more as an alternative. Vue.js is giving tough competition to these two frameworks as it is more lightweight and versatile.

The back-end is that part of the application which is not visible to the user. Back-end works behind the screen and being a part of the development stack they contain more components. It is responsible for developing the engine which is responsible for driving the application and implementing its logic. Basically, every back-end tech stack contains the following parts.

While choosing the right back-end technology, it is not necessary to choose each component separately. There are various back-end stacks where components worked to form an excellent development environment. Some examples of most of the famous technology stacks used by developers are discussed below.

stands for Linux (operating system), Apache (webserver), MySQL (database), PHP (programming language) and is considered as the most popular back-end stack. It is appreciated and used by most of the developers due to its scalability, security, and high customization features. Since most developers choose Linux as an operating system, LAMP can be used both Windows and Mac OS without reducing the development quality.

is acronym of MongoDB (database), Express.js (application framework), AngularJS (front-end framework), Node.js (runtime environment).As it includes the tools of both front-end and back-end, it is correct to prefer it as a full-stack. It follows the concept of "JavaScript everywhere" which means the same programming language can be used for both client-side and server-side. Node.js is used by MEAN for back-end development. Due to its feature of the same programming language for all components, it is well known for a smooth learning curve.

is based on Python programming language. It uses the MySQL database, Apache web server, and the Django framework, which is written in python language. Developers prefer this framework for fast and agile development by keeping a high-quality level. Most of the projects use Python-Django for MVP development.

contains MongoDB, Express, React/Redux, and Node.js. Since both ReactJS and NodeJS are popular for front-end and back-end development respectively, this combination logically preferred as most used JS stack for developing single-page applications. Apart from the feature "single programming language for all platforms" is also offers agile development and high productivity.

There is another important factor also called serverless computing or function-as-a-service platform. Although there is no framework or programming language included, it used only used for maintaining all operational activities databases, servers, and the environment of the project. So for a fully-featured tech stack, developers only need to select the best framework for back-end and front-end development. As already discussed, web frameworks are similar to development language, here is a list of some most popular frameworks in the developer's community.

How to Choose the Correct Web Technology?

With the availability of multiple various web development tools in the market, it is difficult to select the best one for your project. Choosing a correct technology is like a "project within the project" and it requires some efforts. This choice will determine how your app will be developed, deployed, executed, and maintained. While choosing the technology stack, there are various filters and options you must analyze according to your project.

You must provide scalability to your project during development if you want to grow your business to achieve new heights. There are two options available for scaling.

Size and type are also important factors you must analyze while selecting the right technology stack for your app. Basically, the size of a project is defined by three types.

Most of the web app development tools are open source and available for free of cost. Their open licenses allow developers to easily use and modify, and this creates greater possibilities for maintenance and development. There is another factor also which affects the cost of development according to the required tech stack. The availability and the salary of the developer are also responsible for the cost of development. The salary of the developer depends on the experience and technology on which they are working.

Based on the Stack Overflow Developer Survey 2018, the developers who are experts in Ruby have a much higher salary as compared to PHP developers. But the same analysis shows that the number of Ruby developers is slightly lower than those working with JavaScript or Python.

This concludes that hiring a ruby developer is costlier and it will be difficult for you to find a Ruby developer. On the other hand, JavaScript developers are easily available and they generally agree to a lower cost.

Salary and Experience According to Language 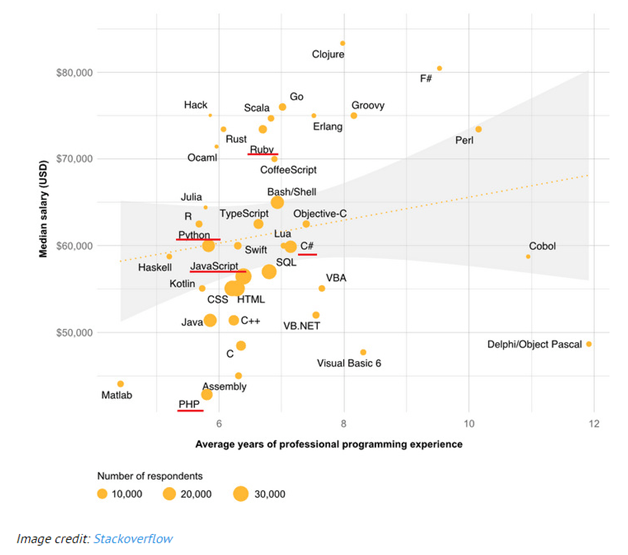 Even as each task is precise and has exclusive requirements, reading the technology used within the creation of successful initiatives may additionally assist to better understand the blessings of every tool that turned into selected. Let’s have a look at the stacks which can be in the middle of some popular internet programs which have proved their performance.

As you may see, specific net packages use special approaches for choosing the improvement equipment, and this is the greatest proof that no technology stack may be sincerely referred to as “the high-quality”. Facebook feels simply first-rate with a personal home page, while coursera opted for JavaScript and is strolling quite efficaciously.

The era stack to your assignment has to derive from the specifics of your task. We will let you with that in case you share with us your net app concept and your expectancies from it. Inform us what you need to reap, and our tech specialists will gladly recommend the great tools to make it actual.