Kotlin vs Java Which will Succeed Android Development in Coming Times?

As Kotlin was announced in 2017 by Google as official Android Development language at the Google IO, developers are mow confused between both the languages. There is a serious question in their mind “Whether they should learn Kotlin or Java?” If you are a beginner and want to learn Android development, then you must begin with Java, but if you already have knowledge about Android development, then you must go with Kotlin.

Why Use Kotlin for Android development?

In Kotlin every function has a class and similarly, every class has a function. Moreover, just like Swift for iOS, Kotlin for Android also has Optional types for security check-ups.

Coding with Kotlin is easy. It allows you to develop applications with fewer codes and simple syntax. This results in few chances of errors and is less tedious for developers.

Android basically uses null to represent the absence of a value in the code, and nullability problems are quite common in Java. A null point exception usually kills the app. As Kotlin has null in its type system, it solves the problem by saving developers from suing some kinds of workaround.

Kotlin was developed by the same team who created popular integrated design environments (IDEs). So, it allows developers to build an application with more robustness and flexibility.

Kotlin is loved by most of the developers due to its conciseness. Since readability is always treated as more prior then concision, but java does not have the feature of conciseness. This concise nature of Kotlin simplifies the development process and reduces the risk of error.

The core feature of Kotlin is interoperability. Developers can easily build modules that work seamlessly with existing java code. With the help of Bytecode, Kotlin can compile two different languages in a single program.

Before generics were introduced, raw types were used quite frequently by developers. Sometimes raw types can throw CastClassException which generates an error during the execution phase. Since Kotlin does now allow raw types, more type-safe code is produced.

Why Switch from Java to Kotlin?

Android app development is always integrated or tagged with Java Development. But due to some advanced features like simplicity, robustness, performance, maintainability, and lightweight code, Kotlin has outpaced Java. To meet customer’s expectations, increase competencies and efficiency of processes, developers are opting Kotlin to develop cost-efficient and feature-rich applications.

Kotlin has significantly improved the Java Mobile Development by adding some advanced features like compiling the code into Native or JavaScript to build a code that can easily run on iOS. Some of the interesting apps that are created by Kotlin are Carlens, Trello, and Pinterest.

Been here for more than 20 years, Java has been the favourite options for developers for Android App development. Being an Object-Oriented Language, it is the second most loved programming language on GitHub.

Despite the fact that Kotlin appears to work back to back with java for front-end improvement, it’s far already being applied in backend tasks like spring 5. It may bring together to nearly every platform including Android, JVM, Native and JavaScript and may extract one common codebase so as to target all at the same time. Its scripting skills make it smooth to handle all Gradle construct scripts.

Its integrated null protection support makes it win over android this is complete of vintage java-style API’s. Being like-minded with all java libraries and frameworks, the JVM, Gradle integration and Marvel construct systems, it allows android builders to put in writing new modules and write them alongside existing Java code. Plus, it helps modern-day programming concepts like better-order functions, extension capabilities, delegates which assist construct clean API’s.

It usually has java by way of its side, due to the presence of android SDK. Slower compilation appears to be the simplest feature that desires a replace in Kotlin. Famous java use cases encompass Android-oss, NewPipe and WordPress engineering, and so forth.

So, the primary motive at the back of Kotlin’s adoption is that it addresses problems left behind through java and ranks among the top 5 favorite programming languages among builders. Kotlin has built-in safety mechanisms as discussed above further to being concise and expressive than java at the equal time.

How can Java to Kotlin conversion be done?

Heard approximately JetBrains’ java to Kotlin converter included into IntelliJ? It looks like a smooth choice but isn’t always completely mistakes free. But it may help save a number of codes. Migrating the complete java code may be tiresomely long without it.

What Kotlin programming language does better?

How can switch from Java to Kotlin be helpful?

On account that the beginning of 2018, roughly 1.5 million builders wrote in Kotlin code and halfway via 2019, that variety has almost doubled. With colossal manufacturers beginning to apply Kotlin, aid from JetBrains and google, and an almost international attachment to the programming language, it’s quite secure to mention that Kotlin could be round for a while. The actual question is: will Kotlin end up the champion “write once and run anywhere” language? 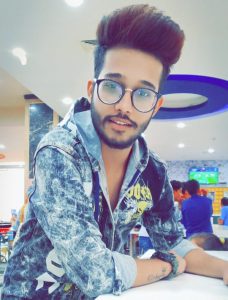 Jayesh is a senior content writer at Nimble AppGenie. A writer by day and reader by night, he specializes in technical blogging. He uses his curiosity and experience to write valuable content for small enterprises as well as large scale industries. Nimble AppGenie offers Sports Website and Ewallet app development as well as marketing services. Hire dedicated and skilled developers for your projects to achieve your desired goals.