Frameworks have become one of the most important parts of web development. These frameworks help developers to create highly-scalable web applications using a single programming language. Since each web app has a server-side and a client-side, frameworks are also of two types, front-end, and back-end development frameworks.

Choosing a framework is not an easy task as there are so many options that are available in the market. Let’s have a look at the top back-end and front-end frameworks you can use for web development.

Angular is considered as one of the top frameworks for front-end development. Launched as AngularJS by Google in 2009, it was completely rewritten as Angular in 2016. The rich set of features and flexibility offered by this framework is one of its major advantages. As it supports Typescript, Angular is widely used for bulky app development. Due to its feature two-way binding, less development effort is required.

One most important feature behind the success of this framework is that it supports both modern and traditional development technologies simultaneously. It also allows users to create custom properties while working with bindings.

Flutter is basically used for developing iOS and Android mobile applications. In addition to this Google Fuchsia OS apps are also developed using Flutter. Launched by Google, Flutter is written in Dart and is completely JS-free. It is widely used for the development of server-side web applications for mobile as well as desktop platforms.

The framework allows users to work in a faster way by directly interacting with the platform. All the UI components are already integrated into Flutter. Alibaba and Tencent are the two famous companies that use Flutter. The widgets of Flutter render only when needed which makes the games and apps written in Flutter run much faster and smoother.

Being JavaScript library instead of being exactly a framework, the features of React makes it worthy to deserve a spot on this list. Due to its subversive component-based architecture, React has gained popularity and fame in the field of web development.

The main purpose of React is to allow developers to create a straight forward interface in a quick way. React is used by some well-known products like Facebook and Instagram. The JCX syntax of Flutter makes the dom-manipulation much easier and faster. It is also used for mobile app development of iOS and Android platforms.

One of the newer frameworks, Vue.js is becoming popular and gaining popularity very quickly. The main reason behind the success of this framework is that you can integrate use Vue.js on your product easily without any trouble and lags.

The easy documentation and simple structure of these frameworks make it easy to solve coding issues. Since Vue.js is not a good-to-go framework for big industries like Google, many people still doubt investing in Vue.js.

Written in Ruby language, Ruby on Rails is used by more than 825,000 live websites and big companies like Groupon, Yellow Pages, Airbnb, and many more. It offers many libraries and tools which make it easy for developers to solve complicated development problems.

Offering a wide range of uses, ROR reduces the development time and also makes the development process easy and simple. You can easily create social networking platforms, cloud-based applications and many other web apps using ROR.

Launched in 2005, Django is one of the oldest web development frameworks, but it is still on the top due to its most advanced features, i.e. constant improvement and problem-solving. More than 11,500 projects were built using Django and these figures are enough to make you aware of the popularity of this framework. From a small-scale project to a complex solution, Django allows you to build any type of web application easily.

Being famous in the field of back-end development, Spring is basically based on Java. Sooner or later, Spring will be used more by professional developers who work on the Java language. The main purpose of using Django is to create simplifies J2EE apps. Wix, TicketMaster, and BullGuard are some of the famous companies which use Django.

The framework is popular amongst developers due to its specific advantages. The strict architecture of Django simplifies the development process and its approach of weakened dependencies eliminates the need for connecting objects manually. There are many other features also which makes the development easy and efficient. 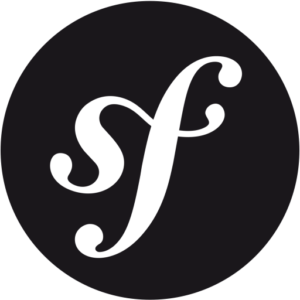 Being one of the most famous frameworks among the community of PHP developers, it allows users to develop complicated PHP-based web apps in a much shorter time period.

One of the advantages of using Symfony is that it offers a convenient dispatcher along with a dependency injection. Although it consumes a little amount of memory, Symfony is a little bit slower for real-time applications. The framework is famous for its high speed, stability, flexibility, and code reusability. Used by more than 8500 websites, Symfony is one of the most popular and trustworthy frameworks. 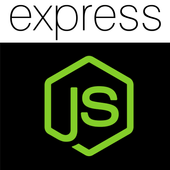 Express.js, being an API and framework of Node.js, is widely used for web app development. The two major features of this framework are speed and simplicity it provides during development. You can easily create solutions just with a few lines of code.

Developers who have knowledge about Node.js can easily use this framework for backend development. Being an open-source framework and due to its simplicity and high-speedexpress.js is trusted by some of the most popular enterprises like Uber, IBM, and Accenture.

It is quite difficult to choose the right and correct framework for your business niche. So, before choosing a framework, consider the pros and cons of each framework carefully.

[…] Development Company and has many experienced developers who have the capability for any kind of web development. So if you want to create your mobile applications using our service feel free to contact us. You […]

[…] AngularJS uses HTNL for web development, the task to learn more code is slightly reduced. So it is easy for developers to quickly develop […]

[…] Developers stay updated with the latest technology and has helped us become a popular Magento Web Development Company in USA. We offer round the clock support, dedicated team of developers per project and 100% customer […]