Its 2022 and blockchain platforms are all the rage.

To give you an idea, financial institutes have spent over $552 million dollars on blockchain projects. And it is expected in the next two years, it is forecasted that businesses will be spending as much as $20 billion on blockchain services.

Money, Money, Money! There is nothing that screams money like the blockchain industry. And if this wasn’t already good enough, blockchain platforms and technologies can reduce infrastructure costs by up to 60%.

This huge market has attracted the attention of businesses and companies from across the world. There are many who want to choose a blockchain platform and have their share of this treasure.

Now, if you are one of these, you might find it difficult to choose the right platform. And that’s expected as you just have so many options.

What are Blockchain Platforms? 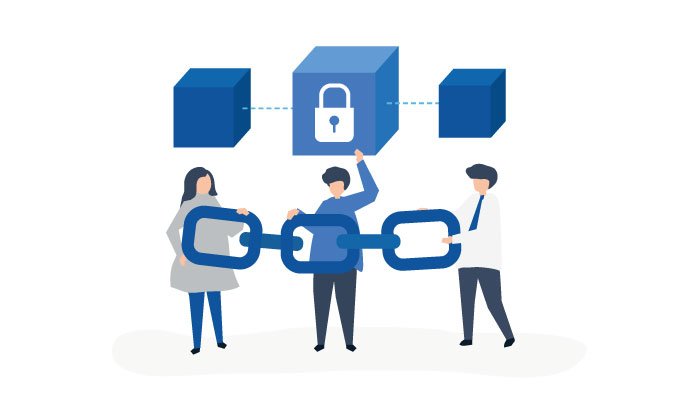 So, what are blockchain platforms? There are talks of the town, but not everyone understands what they are. And this is only natural as this technology is quite a complex one.

That’s why to grasp the concept of blockchain platforms; you have to understand how blockchain technologies work.

Blockchain is also known by the name “Distributed Ledger Technology” or DLT. Now, the name itself tells what the technology does. The system is decentralized and uses cryptographic hashing, unlike many other major platforms. Consequently, data stored on the blockchain is the safest it can be and it can’t be altered or mangled.

The technology is called “blockchain” because it stores data or information in form of a “block” which is then linked creating a “chain”. As one might guess, each block can store a specific amount of information.

This is everything you needed to know about blockchain technology. Coming to the blockchain platform, these are used for creating blockchain-based applications. There are a few platforms you can choose from and each has its own advantages and disadvantages. 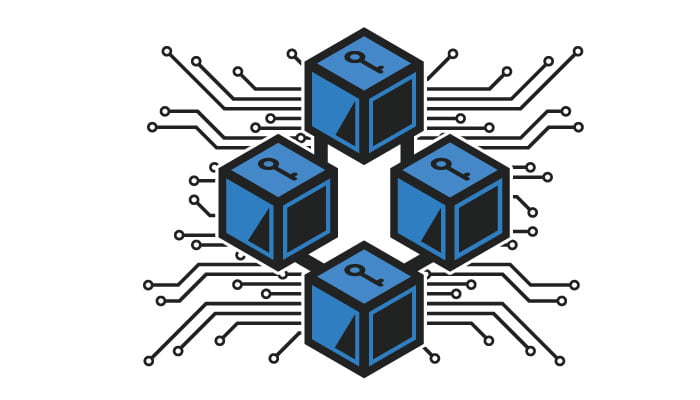 Let’s start with the first one, which is:

Private Blockchain is just the opposite of a public chain, for here the platform can be only accessed by an individual with permission.  This is not open to anyone with the internet. Rather only people who have the required credential or provide access is provided by the ledger administrator.

A consortium blockchain is a unique one. Here, the platform is managed by one or two businesses so it is not semi-decentralized. Now, you might be wondering what is used for? Well, the answer is simple, consortium blockchains are used by two or more different organizations to exchange information.

Thus, it is mainly used by banks, governments, and other institutions that deal with sensitive information.

If you were to create a blockchain platform that sits somewhere between private and public blockchain, you will have a hybrid blockchain.  This type of platform is usually used to create a network that transmits data.

Moreover, companies can control which information on the platform can be accessed, and which remains hidden.

The first and one of the most common types of blockchain platform is the Public blockchain. Like the name just, any person with an internet connection accesses this platform and uses it. Speaking of which, the world’s largest cryptocurrency application development was done on a public blockchain, the Bitcoin.

Moment of truth, as we look at the top 10 best blockchain platforms. It is more than important to choose the right platform if you want to make millions or even billions of dollars in this exploding industry.

So, in this section, we will be discussing each of these ten blockchain platforms in detail. So, without further ado, let’s get into this:

Ethereum is one of the most popular blockchain platforms. It was established back in the year 2013 by Vitalk Buterin. This platform runs smart contracts on a custom-built blockchain. These smart contracts are run on the Ethereum Virtual machine or EVM. As such, EVM implementation has to be used to run every bit of blockchain.

You see, Ethereum isn’t only a public blockchain but also widely used by some of the world’s largest corporates. However, one thing that is different here when compared to other public platforms is the fact that this one can’t be accessed by just anyone rather it is restricted access.

It is also something we know as the Proof of Work system. As proof of this platform’s prowess, it runs one of the world’s most popular cryptocurrencies, known as ether. And it can also be used for Cryptocurrency Wallet Development if done right.

XDC network is a blockchain platform built on the hybrid model. Being open sources is a PoS or Proof-of-Stake. This platform has been designed for a specific purpose which is tokenization. Plus, it also provides good support for processes and activities of trade finance.

This is what makes the XDC blockchain platform such a good option for highly scalable and interoperability solutions.

This is what makes this one of the best open-source blockchain platforms such a good choice for smart contract deployment and allows one to control centralized systems into decentralized networks.

Stellar is yet another one that ranks among the best blockchain platforms. This one specifically is used for cross-asset value transfer. In simple words, this platform mainly deals with cryptocurrency as well as types of fiat currency.

However, it isn’t limited to the same. It can also be used for creating banking tools, creating smart devices, or even e-wallet app development.  The stellar consensus protocol or also known as SCP allows closed system consensus which can be used to keep a record of financial transactions.

Another good point here is, that this platform comes with safety properties and SCP makes it even more secure. When putting stellar up against PoW or PoS algos, SCP performs quite well. What this does is, reduce the barrier to entry which is certainly good for new entries.

So, these are all the technical things that make Stellar one of the best choices when it comes to blockchain platforms. And if you want to build a banking mobile app or e-wallet app. With this being said, let’s move to the next section.

Tezos ranks quite high on this list because it just deserves it. Founded by Kathleen Breitman and Arthur Breitman in the year 2022 along with a core development team. Something that reflects the potential of the platform is, that the founders started an ICO. And within just 6 months, they secured

Now, this decentralized platform has created a digital commonwealth in the strictest sense and it is entirely self-governed. Just like Ethereum, Tezos too has its own digital currency known as Tezzie or just Tez.

However, unlike its counterparts, it isn’t offering the mining feature. But it does something that is quite unique. What it does is, that the platform provides rewards to people who already have tokens when they take part in PoS consensus mechanisms.

Hyperledger is a name that you might hear more than once in the world of blockchain. And this time, we are looking at yet another one of their project known as Hyperledger Fabric. Furthermore, big players like digital assets and IBM also had their role in developing this platform. Like many other great technologies of our time, this was the result of the hackathon.

Based on the architecture module, it enables developers to add features like membership services that aren’t seen in other blockchain solutions.

This framework is specifically designed for permission-based networks. This allows non-anonymous users exist within the system itself. Therefore, the user has to be authorized first and should have enough balance to manage the blockchain. Providing you with many of the advantages of blockchain technology.

Ripple has been around for almost a decade now and ever since it was founded, the platform has been all about finance. It has worked as a financial network that doesn’t charge anything. This is why it has been used mainly by digital asset exchanges, banks, and corporate.

As one of the best in this list of all blockchain platforms, Ripple also allows international payment through their own currency known as XRP or Ripple. This cryptocurrency is as popular as Ether and Bitcoin.

XRP is considerably more scalable or faster when compared to other blockchains, as it is built using superior technology. So, if you are considering creating a financial platform, Ripple should be something that you consider for fintech application development.

Quorum was founded by the famous J.P. Morgan. And you can say that it is Ethereum’s corporate version. For this platform was built after modifying Ethereum. Now, there are two advantages here. One is that it is as good as Ethereum if not better. And the second one is that the platform accepts Ethereum’s updates.

This isn’t where the similarities end. This platform just like its parent is open-sourced and free of cost. However, something unique about it is, that Quorum is vote-based and used a number of algos to handle up to hundreds of transactions per second. Moreover, it isn’t for everyone, as it can only be accessed when you provide permission.

What happens when the three best financial institutions in the world come together and create a Consortium blockchain platform? This is exactly what happened in 2015 when Cordo was made. This open-sourced platform is state-of-the-art, to say the least.

It doesn’t only allow the organization to exchange value using smart contracts by also remove friction, reducing the total cost. Unlike many others on the list, this platform doesn’t have its own currency or token.

Since it is built for a specific purpose, it can’t be accessed by just anyone, which makes perfect sense. And it goes without saying that Corda is one of the top-tier blockchain platforms.

EOS was specifically developed to enable the creation of decentralized applications, known as dApps. And using this the business has given away as many as one billion tokens across the globe. The best part is, the EOS blockchain allows anyone to use it.

Much to everyone’s surprise this was built by Disney, yes you heard that right, it was built by Walk Disney company. And it went public just one year after release. Dragonchain provides high performance and a fast development process.

And with this, we are done with our list of best blockchain platforms.

This was everything you need to know about the different types and top 10 blockchain platforms you can get your hands on in the upcoming year. Now, if you want to develop your own blockchain or financial app, we are here to help you.

So, if this is what you are looking for, we are here to help you. Reach out to us and together we can develop million dollars mobile app.