Nowadays, mobile apps are an important aspect of any business as they offer great opportunities. Whether it’s a big, small or medium-sized business, mobile apps are necessary to all to provide amazing customer experiences. However, when it comes to getting your business apps designed, top web design companies may offer you many options including Native Apps and Web Apps.

A native app is one that is built especially for a particular mobile device and installed directly onto the device itself and mostly can work without needing internet connectivity depending on the nature of the app. Users can download native apps from app stores such as Google Play or Apple’s App Store. They are built specifically for a platform, for example, an app developed for Apple iOS will not work on Android OS or Windows OS platform. However, they are faster by harnessing the power of the processor and able to access specific hardware like GPS. 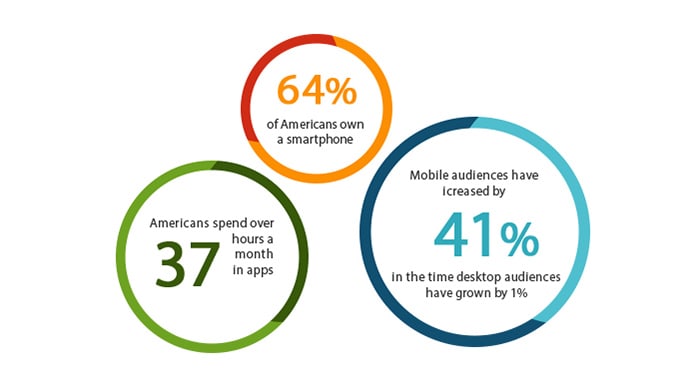 Before deciding whether to build a native app, but it will be good to first look at some of its pros.

It also allows securing the data based on the storage capacity of your mobile device. Many times, the speed is even faster as it stores information locally and only synchronizes with the server after the user is done using the app.

Let you use device-specific hand gestures. Android and iOS are slowly developing different conventions for interaction, and a native app responds to the way its user expects.

Users can access most of the device functionality such as Bluetooth, NFC, and others.

Many mobile app development companies in the USA consider that it is more secure and safe as native apps need the approval of the app store they are intended for, which assures the improved safety and security of the app.

One of the major downsides is regarding the distribution friction — tough to attract new users.

Native apps for both Android and iOS are developed on separate platforms. You cannot use Android codes for iOS and vice versa. And if you need an app for both the platform, you need to hire different app developers for developing Android and iOS apps.

Pretty expensive to get designed and build, especially when the app needs to be compatible with multiple mobile operating systems, therefore multiplying the development costs.

High cost for app maintenance especially if this app supports more than one platform.

Getting the app approval from app stores is a long and tedious process, also cannot be upgraded easily.

Web Apps, on the other hand, are basically internet-enabled apps and users can access them from their mobile device’s Web browser, just like they would access any web page. There is no need to downloaded and install the app onto mobile devices in order to access it.

The web apps, similar to web pages, are written in HTML and CSS, with the interactive parts in Jquery, JavaScript or similar language. And a web app can be used on most devices that allow surfing the web, regardless of the operating system they use.

Web apps do need internet access and the speed completely depends on the quality of cell signal or the speed of the Wi-Fi broadband you are connected to.

Let’s see what the Pros and Con’ of a mobile web app.

The web app has a better potentiality to draw users and so, is used by a lot of corporate houses. You can instantly access it via a browser across a range of devices (iPhone, Android, Windows, etc.).

Easy to update and maintain by the top app developers the USA. For example, if you want some changes in the design or content of a mobile web app, you simply publish the update to the server and the changes are immediately visible.

Easier to find, users can easily find because their pages can be displayed in search results and listed in common search engines such as Google or Bing.

Budget-friendly and quick to develop than native apps- also, it supports multiple platforms, as per the survey by Hackernoon, web app developers earn more income in comparison to native app developers.

It always stays up-to-date. If you are fixing a bug or upgrading the version, then you just need to update it to your server, unlike native apps where you need to submit the new version in the app store.

Not supported by the iOS web browser (Safari), web apps just work on Chrome, Firefox or Opera. However, the survey says that it works better with mobile websites even if the web browser is not supported. Mobile Web apps only have limited scope as far as accessing a mobile device’s features is concerned (device-specific hand gestures, sensors, etc.).

Comparatively slower and consumes more battery than it is in the case of the native apps.

Not listed in ‘App Stores’. Therefore, if someone is searching for your app in the app store, they will not find it there.

Due to lack of regularised quality control system for Web apps, users may not always be guaranteed safe and secure.

So, which one to go for? Well, both native apps and web apps have their pros and cons. All it depends on your needs and purpose. If you want to build a broad mobile presence, then you must go for a mobile web app. And if you are looking for something which can work more like a computer program than a website, rich with interaction, a native mobile app would be the best choice.

eWallet App Development Cost Estimation and Must Have Features at 11:19 am, 28th August 2019 -

[…] a single place. In this application, you can also have updated data about your spending and saving. Features of this application are easy syncing with the web application. Tightly security is an important feature with […]

How a slow website or app can keep your customers far away from your business. at 8:32 am, 6th September 2019 -

[…] for cross-platform app development. This post will help you to realize the effect of Flutter on native app development and why developers should use Flutter for the android and iOS app […]

[…] aspect of web development is quite crucial and at the same time interesting to focus on, this is going to be the element of […]