If you are entering into the sector of the mobile app development industry as a start-up, then MVP (Minimal Viable Product) is the phrase you ought to get familiar with very quickly. MVP will not most effectively assist you in validating your idea into a cell app, but it will also help to have information that what functions you ought to include on your app. Basically an MVP facilitates you to test your concept within the market on capability customers.

What is an MVP?

MVP refers to the minimal form of your product that is being tested in the market. MVP focuses on the core feature of your idea and helps you to receive feedback on your idea so that you can build a more flexible and robust final product or app. Without spending the whole budget, you can launch the MVP of your idea in the market.

Purpose of Developing an MVP

The basic purpose of developing an MVP is to launch the app quickly with a small budget. You can get feedback from your users on the initial idea, and then use it for the betterment of the final product. The MVP allows the firms to find potential users, and pull the ideas according to the experience.

MVP helps you in analyzing the difference between what services your solution will provide and what your customers need. One of the main purposes of the MVP is to test the initial product with minimum errors.

means that the product is in very bad condition and nobody wants to use it.

means that the product looks professional and is fast, reliable, well designed and properly optimized.

means that the product is in minimum stage, i.e it is enough to solve user’s problems.

Benefits of Creating an MVP for Your Business

In order to enhance the mobile development strategy, developing an MVP of your app is the easiest way. It prevents the available resources from being wasted on things that do not work. Research showed that from all the millions of apps available only a few apps are being downloaded due to their interactive interface and seamless performance.

If an app is developed in a shorter time, then it simply means that the development cost is also less. The sooner your app is launched in the market, the sooner you will receive feedback from your users. This will also help you to work on the errors and bugs, and you can easily release updates in the market.

With the help of an MVP, you can easily know whether your app or product is suitable for the market or not. According to the feedback on your MVP, you can update changes in the final product during the development phase.

The MVP of the app mainly focuses on the core idea of the product, and it does not focus on any other function of the app. The idea of MVP deals with lean start-ups and is built with a minimal budget. With the MVP, you can also test your app with minimal risk.

As MVP focus on the core idea of the app, you can test it in early stages whether your app will work in the market or not, without investing the whole budget. It also offers you the ways to find out the opinion and views of your potential users, and also how they want to see your product.

Need of Building an MVP

Before developing a new product or app, have you ever thought of investing in initial idea approval? If yes, then developing MVP of your solution is the best idea to test it in its initial phase for a quick launch.

The reasons why you must develop an MVP of your idea are:

The whole idea behind the development of MVP is basically divided into two parts:

This part deals with the technical aspect. By developing an MVP of your app idea, you will be able to execute all the important designing and programming features of your app. This in return, will help you in making your app more unique and creative.

This part of MVP deals with the marketing of your MVP. After developing the MVP, you will be able to launch a survey to find out the bugs and errors of your MVP by getting feedback from genuine users.

The Most Successfully Launched MVP

The following list shows the name of companies that have successfully built MVP before launching the final product.

A broadly famous social media platform, twitter, entails a unique method. After Apple released iTunes, a podcasting platform, odeo, skilled tough times and that they were forced to prepare hackathons, looking to determine out what to do next. At some point in one in every one of their hackathons, they got here up with an idea to create an SMS-primarily based platform.  It turned into to start with called “twttr”, and turned into a product for inner use best. But, personnel have been spending numerous dollars on SMS to publish to the platform, in order to check it among customers. Sooner or later, twitter changed into launched to the public in 2006, 12 months later it turned into a success. Twitter expanded its user base and became the second most popular social networking website after Facebook. 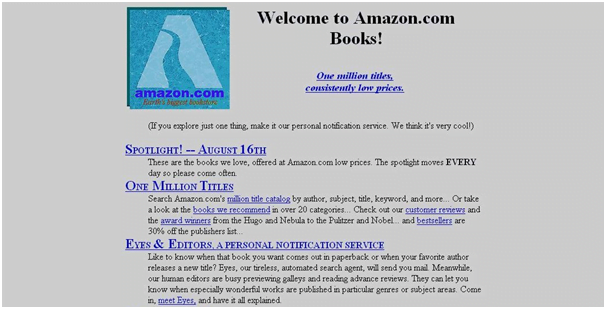 Amazon become started to promote books online, with the aid of hard the Barnes and nobles of the sector who were in large part stuck within the bricks and mortar age. Originally designed in 1994 to recognition on books at a low rate, with an easy net design based onan MVP, that’s all they had to broaden and establish their employer in the retail marketplace.

When Facebook becomes released, an MVP changed into accomplished simply to attach students of colleges and schools all together through messaging. The concept was just to connect pals through a social platform, and organize gatherings. Fb, in its early days, was constructed at the simple model of an MVP containing the wished functionality to fulfil its aim. This utility changed into released to test among customers, and it accrued masses of remarks. This resulted in making the application extremely popular over the internet, it presently has over 1.3 billion lively users. 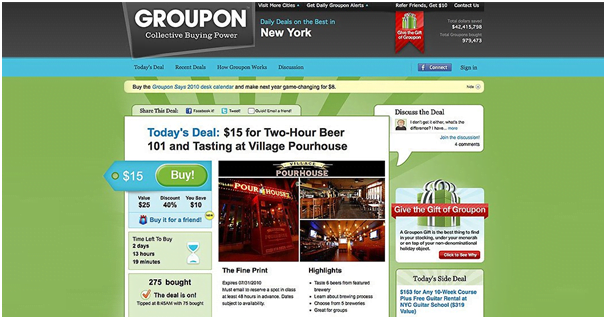 The usage of the antique idea of vouchers and reductions, with an idea of sharing and socializing, Groupon has attained new heights. Initially, Groupon was launched using WordPress, wherein regular pdfs have been emailed to users that were already subscribed. Trying out with the help of an MVP proved a success. In a while, Groupon constructed its voucher machine and backend, further driving it to an awesome fulfillment.

How to Build a Minimum Viable Product? 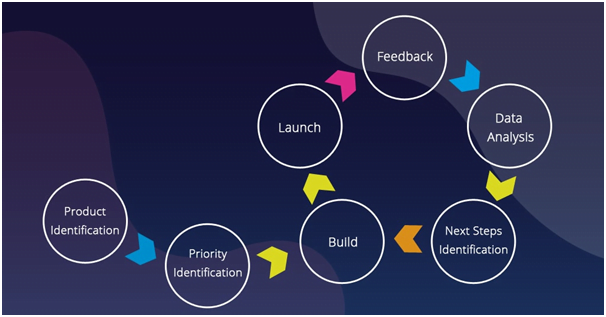 Step 1: Figure Out the Problems

The very first step to develop a successful Minimum Viable Product is to evaluate your business idea. The two main questions that need attention are “What is the need for this product?” and “How it can help people”? Finding answers to these questions will help you to find out the main aim of your product.

You may ask your target audience or users to use your product, but the thing that matters is that “why they will use it”?So you have to develop a solution which can solve the problems faced by the users. One of the best ways to find a problem that needs a solution is to think about your personal challenges.

There are many tools available in the market that can help you to analyze all your competitors. Moreover, they can also help you to investigate their apps and websites with all the insights like monthly traffic, source of traffic, rank in a particular country, location of their users, and many more. But the data provided by these sources contain a small margin of error. One of the tools that are available free of cost in the market is Similar Web. All you need to do is copy and paste the link of your competitor’s website and all the details will be displayed on the screen.

There is a famous online shoe store in the market, Zappos. The app also started as MVP. Let’s understand the meaning of user flow by taking the example of this app. While defining the user flow of any product, the main thing on which you have to focus on is its primary goal. In the case of Zappos, the main focus of the app is to allow users to buy shoes.

In order to define the main user flow, we have to define the process stages. This process is very easy as all you have to do is to define the steps or process that your user need to follow in order to reach the primary goal of your product. At this point, you need to focus more on basic tasks like “find the product”, “buy product”, “manage orders”, “receiver orders” instead of particular and core features. Probably these are the goals your end-users will have when they use your product. After defining the process of each stage, we can easily define the features of each stage.

Step 4: Listing and Prioritizing all the Important Features

After successfully defining all the steps that your users have to follow while using your product, now you have to create a list of particular features of each stage. You may highlight all the features you “may” want to include but are not necessary. After successfully creating the list of all the features of each stage, you have to now prioritize them. In order to do this, follow the steps given below:

Now as the scope of each feature is defined, the next stage is of development. When the MVP is developed successfully, you have to begin with the testing of the product. At the first stage, the product is tested for the improvement of quality by Quality Assurance Engineers. These engineers define whether the product is ready for alpha or beta testing.

refers to a limited focused group like friends or family. You give the alpha build of your product to your family, friends or your relatives. Rather than this, you can also directly jump to beta testing. But as soon as the product is approved by alpha testing, you can now begin the beta testing of your product.

the product is released in the real world to the real customers. The beta testing period usually varies, but in general, it needs 2-3 weeks to receive feedback from users. Based on the feedback received from users, you can make changes or update your product. This feedback will help you to make your final product more flexible and robust.

The potential users will define what more features you can include in your app and what features are not needed. After receiving feedback, you can improve your product, test it, again and again, improve it according to your user’s response, and then improve again, test again, and build again.

How Much Does It Cost to Build A MVP App Development? 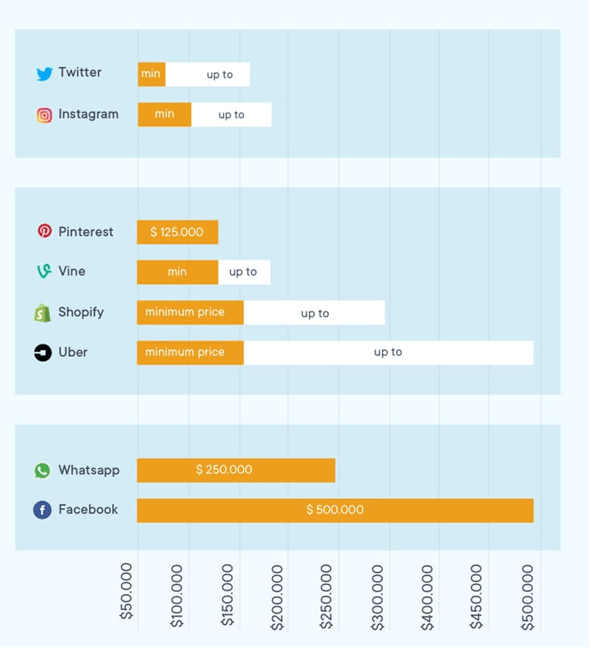 The development cost also depends on designing, coding, project management, and testing. Some of the projects also need more maintenance after development. Let’s take a look at the potential costs: