How Will Cryptocurrencies Change the World We Live in?

Cryptocurrencies has set out to change the way we make transactions and payments. From 2017, these mode of payment has become more popular throughout the world. Seeing a bitcoin-accepting kiosk is not as novelty as it once was.

As the technology is still relatively new in the market, some people are not familiar with the word “cryptocurrency”. Now we will discuss how cryptocurrency will affect the world in which we are living. But before that, let’s clarify what cryptocurrency is, and how it works.

Cryptocurrencies are defined as the electronic currencies that are used in online transactions, and bypass networks that are held by central banks and central governments. This electronic currency is stored in computer files or electronic wallets. Some of the most common crypto wallet development  used globally include Bitcoin, Ripple, Litecoin, Ethereum, etc. From the day these cryptocurrencies were introduced to the market of the online trading community, they have bought a drastic revolution in the market. These digital currencies are being used in various sectors, and along with blockchain technology, crypto wallet development company, cryptocurrencies will uncover the potential of industries that would have been unable to be fulfilled without this revolutionary technology.. 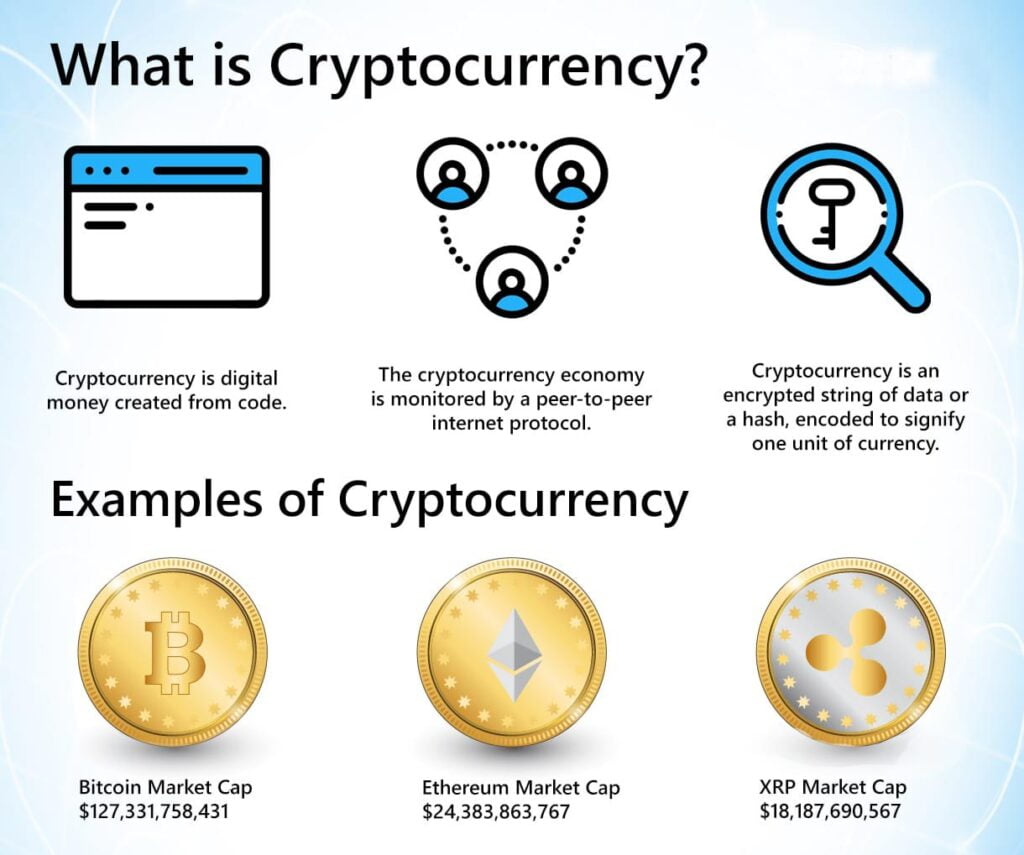 In simple words, blockchain is a simple distributed database that runs on millions of computers. Whenever new data is stored into a block, the block is added to the blockchain. But in order to add the block into the blockchain, there are some conditions that need to be fulfilled for a cryptocurrency transaction to take place:

There is no doubt that bank transfers are fast and convenient in comparison to cheques and older methods of payments. But even bank transactions can be too slow in the eyes of corporations who need to transfer money and carry out important transactions swiftly. It is not uncommon for bank transfer using traditional methods to take several days to arrive, and this is especially true when the transaction involves a cross-border payments. This delay can sometimes make the difference between a deal happening or not happening

But with cryptocurrency, there is no need for balance check processes before transferring or depositing funds. This applies whether it’s an international transfer or a domestic transfer. Transfers made via cryptocurrency are fast, safe and do not require any extra hidden fees. The transactions can be easily tracked, and safely kept within the blockchain.

In the case of money funding, fraud is one of the most important concerns which develops doubt into the mind of online payment users. It doesn’t matter whether the user is transferring funds or using a credit card, if the site is unsafe or insecure, the chances of fraud are increased severely. In the case of cryptocurrency, as your currency is not associated with your bank account, the chances of fraud are reduced. Furthermore, the cryptocurrency is transferred safely with blockchain electronically and transferred using encryption technology.

One of the most increasingly popular and easiest ways for entrepreneurs to raise money from their products or concepts is crowdfunding, which allows investors to make many small investments instead of making large investments. cryptocurrency wallet development company is positively affecting crowdfunding through increased exposure through Initial Coin Offerings (ICOs). This has then led to other innovative ways of invest into companies, such as syndicates, where small investors combine to privately invest into companies.

As a depositor, you anticipate your bank or economic company to meet its obligations to you. However, a look back into history during the financial crisis with Northern Rock in the UK, and banks such as Giltnir and Landsbanki in Iceland, confirm that banks paying you the back the money you deposited with them is no guarantee.

An insufficient liquidity ratio potentially lowers the functionality of banks and financial establishments to fulfil the higher cash wishes of their clients in this environment. One of the most current cases concerning liquidity ratios involved Greece in the aftermath of the financial crisis, due to their coins-primarily based society. Their banks had low liquidity ratios, with them only permitting penalty-free withdrawals to customers of up to 60 euros a day.

Cryptocurrency is the antidote to awful liquidity ratios due to the speed at which transactions and funds are received. Furthermore, as all transactions take place on the blockchain network, it ensures of good cryptocurrency liquidity.

A few months back, Western Union charged an amount of $14.99 from a user for sending $20. This is the situation where middlemen think about making a profit for themselves without thinking about the clients or common sense. Nobody wants to transfer funds by paying a fee that is more than 70% of the total amount they are transferring.

Nearly all financial transactions these days involve a middleman. It’s weird to think that the largest controller of your transaction lies at the mercies of one-third of party’s involved. Furthermore, they are not even the party that is sending or receiving the transaction.

The provider always comes with a fee, with some remittance prices being extremely high, even when the amount transacted is small. cryptocurrency wallet development is a great solution to this issue, and users can select how much of a transaction fee they wish to pay! Depending on the transaction fee selected, the quicker their transaction will be processed.

Nowadays, people are dependent on online websites to make purchases for buying anything, ranging from a safety pin to a car. Instead of going from one shop to another, people now love to shop from online websites. This is one of the reasons why these e-commerce websites are taking over the retail market. Using cryptocurrency for making payments while shopping online not only reduces the risk of fraud for buyers but also for the sellers and vendors. This increased in the buyer-seller relationship should lead to stronger businesses and hopefully improved product offerings as a result. 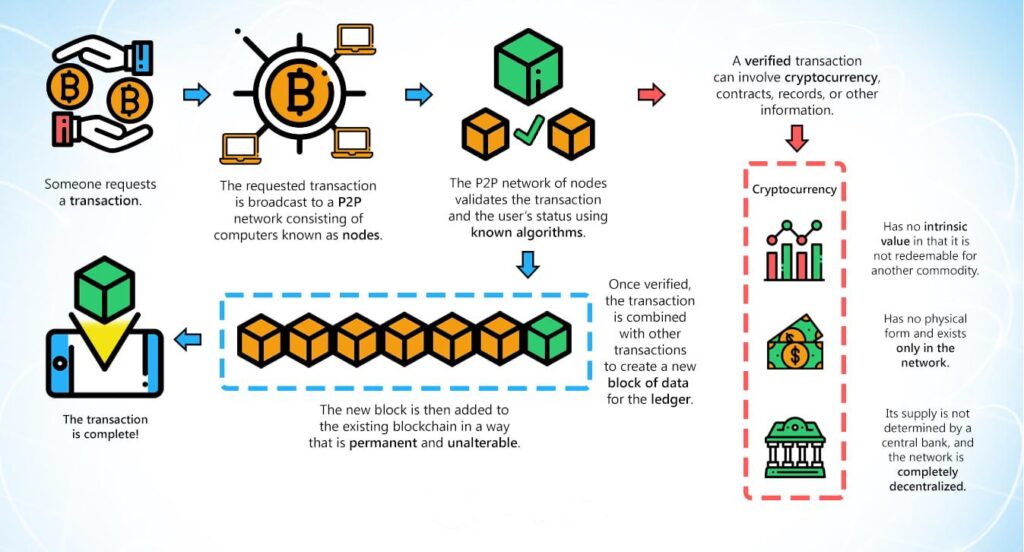 Apart from improving security and reduce fraud for international money transfers, cryptocurrency can also help in making international transfers more secure and safer through the reduced need to carry cash in foreign countries. Whilst traditional cash can typically only be sued in their domestic country, cryptocurrency are not tied to any particular countries. Traveling to other countries with hard cash can make you a target of crime, however, cryptocurrency reduces this risk, as well as also eliminating the exchange fees associated with converting currencies.

Many industries still doubt about the security and safety of blockchain. When a new block is created, it is added at the last of the blockchain. Each block in the blockchain has a specific position in the chain called “height”. Since the block is added at the end of the chain, it is not possible to go back and edit the content of the blocks. Each block contains its own hash values, which are formed with a maths function that is turned into a piece of digital information by a string of letters and numbers. So if any information in the block is edited, the hash function will also be changed. In this way, the security of the blockchain is improved. 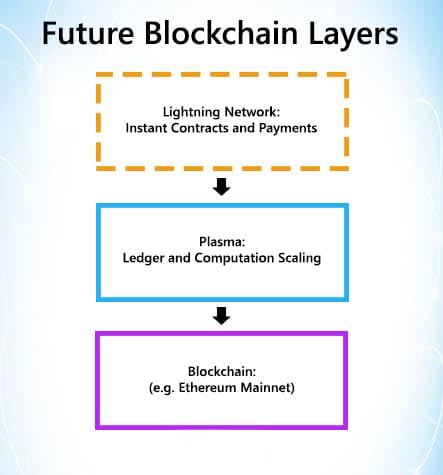 Let’s suppose you are purchasing something from a website, and the hacker changes the total amount you are paying during the purchase. After the hacker changes the dollar amount, the hash value in the block will also be changed. But the next block will still contain the old value and the hacker will then have to update the value of the next block also. This makes hacking extremely difficult in a blockchain environment. Moreover, in order to change the value of a single block, a hacker needs to change the value of each block in the blockchain, which will surely take a very long time.

To address the security issued, blockchain transactions follow the concept of “proofs of work”. This is responsible for the verification of information, and the data stored in the blocks. This concept also guarantees that the blocks are neither duplicated nor modified. Before being eligible to add blocks to the blockchain, the computer needs “proof” that they “work” by solving some complex maths computational algorithms. The process of adding blocks into the blockchain is not easy. The concept of “proof of work” doesn’t fully eliminate the risk of hacking, but it makes it hacking much more difficult. How else do you think cryptocurrency will make the world a better place?

Bitcoin Wallet App Development Cost and Including Key Features at 9:55 am, 14th February 2020 -