If there is anything that has changed our lives drastically in the 21st century, it is Mobile App Development. A phrase that is very common is ‘there is an app for that’. The phrase alone expresses to what extent mobile apps have been used in current times. As the time has passed, developing mobile apps have been democratised by mobile development frameworks and platforms such as flutter, React, etc. As the mobile development process has been made more easy and accessible, people with little technical background are also being able to create apps in very less time and resource. However it is very common for projects to have common mobile app development mistakes when the team does not have prior experience.

Democratising the app development has given rise to amazing apps, loaded with amazing features. Many companies are hopping into mobile app development to build one for their own but the process isn’t as simple as it seems. There are many complexities a successful app has, but many developers forget about these essentials. It is obvious for a company to get carried away by the ease of building a mobile app, and then make a lot of mistakes along the way.

For companies that are just experimenting with app development or for independent app developers, it doesn’t seem like too big of a deal. But for companies that allot a heavy amount of budget to get an app, mistakes while developing an app can result in severe consequences such as loss of money or market opportunity.

Here I’m listing down the mistakes most companies make while getting their app developed:

Launching an app might look easy yet a profitable idea to you, but in reality, there is a lot developing a successful app asks for. When it comes to mobile apps the principle of ‘build it and they will come’ doesn’t apply.

If you want your target audience to download and use your app, it is imperative that you provide them with all the functionality that they will need in the app. It is essential for you to know what are the pain points of your target user base that your app can solve.

Many businesses just copy the apps that are trending. Simply creating duplicate apps to leverage the common trend won’t be suffice. If you want to scoop your share out of the common trend, you can choose elements from other apps, but use them in your app in a way that they make your app unique.

You can identify what the user needs in the following categories:

App features are the biggest selling point of a mobile app. Features like personalised notification, reminders, and ease of payment make the user journey flawless. Whilst undertaking custom mobile application development, companies need to include the most popular features that are in high demand..

Features that once were marketed as advanced features are now considered as the basic features for apps. The expectation of users in terms of app features is evolving and companies need to take it into account that out-of-date features can be catastrophic for mobile apps. This means that people who download the app and don’t like the app because of the lack of features, may put negative reviews or spread negative word-of-mouth about the application.

Before you jump on custom mobile app development, it is important that you create a list of features that are offered in similar apps to yours. Based on your app’s uniqueness, there might also be a need for some unique features, so don’t forget to prioritise them in your product requirement document.

People download apps for specific purposes. Some of these purposes are to chat to someone, shop online, track fitness or make payments. Undoubtedly, the sole purpose of the app will be to generate revenue or bring business for your company, but you cannot forget about the end user’s needs.

What often occurs is that the development company or your in-house team does not have a clear understanding about the how and why the services in your app are needed to cater to the users. In such situations you should describe your app idea in detail to them so that the developing aligns with the purpose of the app.

This mistake is made more often while planning and developing a mobile app. It is often forgotten that ever since the mobile apps were introduced into the digital world, their capabilities have only been evolving. As a result, the users have been used to certain quality and standards for mobile apps.

Because of this, the user expectation becomes extremely high because the app stores are filled with hundreds of mobile apps similar to yours, and the user can switch to another app at any given time. Thus, if you are launching a new app, you should have this clear idea about your target user’s expectations. The companies should also keep in consideration that the expectations are ever-changing and will evolve with time, therefore the mobile app should be ready for the change.

You might have come across some very terrible apps that crash every few seconds and are full of glitches, so much so, that they don’t seem to be getting anything done. These glitches can sometimes cause total non-functioning of certain features, or even result in the app not starting at all.

Even your loyal customers have a limit to the amount of glitches and crashes that they will tolerate.. New users will just abandon your app. When trying their first mobile app, many companies release apps with poorly executed back-end that aren't sufficient to handle the basic functionality of the app. Releasing such apps does nothing but annoy your loyal customers. Forget about building your customer base, you’ll lose your existing customers if you launch an app with a poor back-end.

Companies launch such apps when they are in a rush to get their app out ASAP or when they don’t pay much attention to the back-end. It's true that skipping some steps will get their app rolled out quickly, but the consequence of this approach is that the app is less likely to serve the purpose. Thus, it is essential to invest adequate time and resources to make the app worth downloading for the users.

It is true that apps that lack necessary features aren’t supposed to impress users, but apps that have features that are over-complicated in functions are also less likely to retain users. Apps shouldn’t be overloaded with features, it should be simple to operate while having the necessary features.

Companies need to try to make their app stand out and be preferable over the competitors. And to do so, they often over-complicate the app by stuffing features in it, which makes it difficult for the users to operate. It could happen when the app has too many unnecessary features that stops making sense.

Unlike complicated pieces of technology, mobile apps should be understood after a few uses. This is why they don’t have typical user manuals like those you find in a new car. However, there can be user guides to go through when the user starts up the app. This can be used to guide the user through the basic functionalities of the app. Still, there has to be a clarity of comprehension while adding features to an app.

There are many mistakes you can make when you develop a custom mobile app. But, the worst mistakes you make happen right after your mobile app idea inception. It is hard to find the right developer for your app. You can read our guide to look for the right mobile app developer. Following are some of the mistakes that you are prone to make at the inception stage:

Mobile App Development from just Anyone

However, the problem here is that companies often get trapped in “cheap” and “low cost” development services. The outsourcing companies that claim to develop an app for a fraction of the normal cost use free mobile app templates. These options might look cost-efficient on the paper but aren’t a reliable option. It is because apps created with such templates will more likely be poorly-made and won’t be focused on user-experience and usability. Yes, there are several challenges in building the app and putting it on app stores, but the most crucial challenge comes after the app is released. Many companies think that launching the app and getting positive reviews from the users is enough, and that once this is done, they can shift their focus from the app to different aspects of their business.

In fact, the truth is that the digital world changes very quickly with both the user expectations and technologies change. Mobile apps require frequent updates in terms of content, technology, new features, bug fixing, etc. For example, Android is coming up with new features similar to the Facebook messenger chat with its new Android 11 OS. Now for the apps that are running on Android, they are supposed to support this functionality natively. To do so, they’ll require an update in their features.

Doing everything by their own

The real issue here is that you can easily fall into the mindset of “if you wanna do something right, do it on your own”. But, no matter how brilliant your team is, there are stages in the mobile app development life cycle where you might lack the required expertise. For instance, the technologies are changing over time and you might not have the team who has expertise in the required technology. In this case, even if you hire some developers and technical staff, you’ll unnecessarily increase the development cost.

It is tricky to develop a mobile app, especially if you’re doing it for the first time. When the app is supposed to cater the services of a company, it becomes more challenging to do it right because the app has to be compliant to the branding guidelines.

We, at Nimble AppGenie, help our clients by collaborating with them in every stage of the app development. We make sure that there are no mistakes occurred while planning and developing the app.

In this article, we’ve discussed the mistakes most companies make while getting their mobile app developed. Still, if you want to add some more mistakes or challenges, feel free to write them in the comments section. 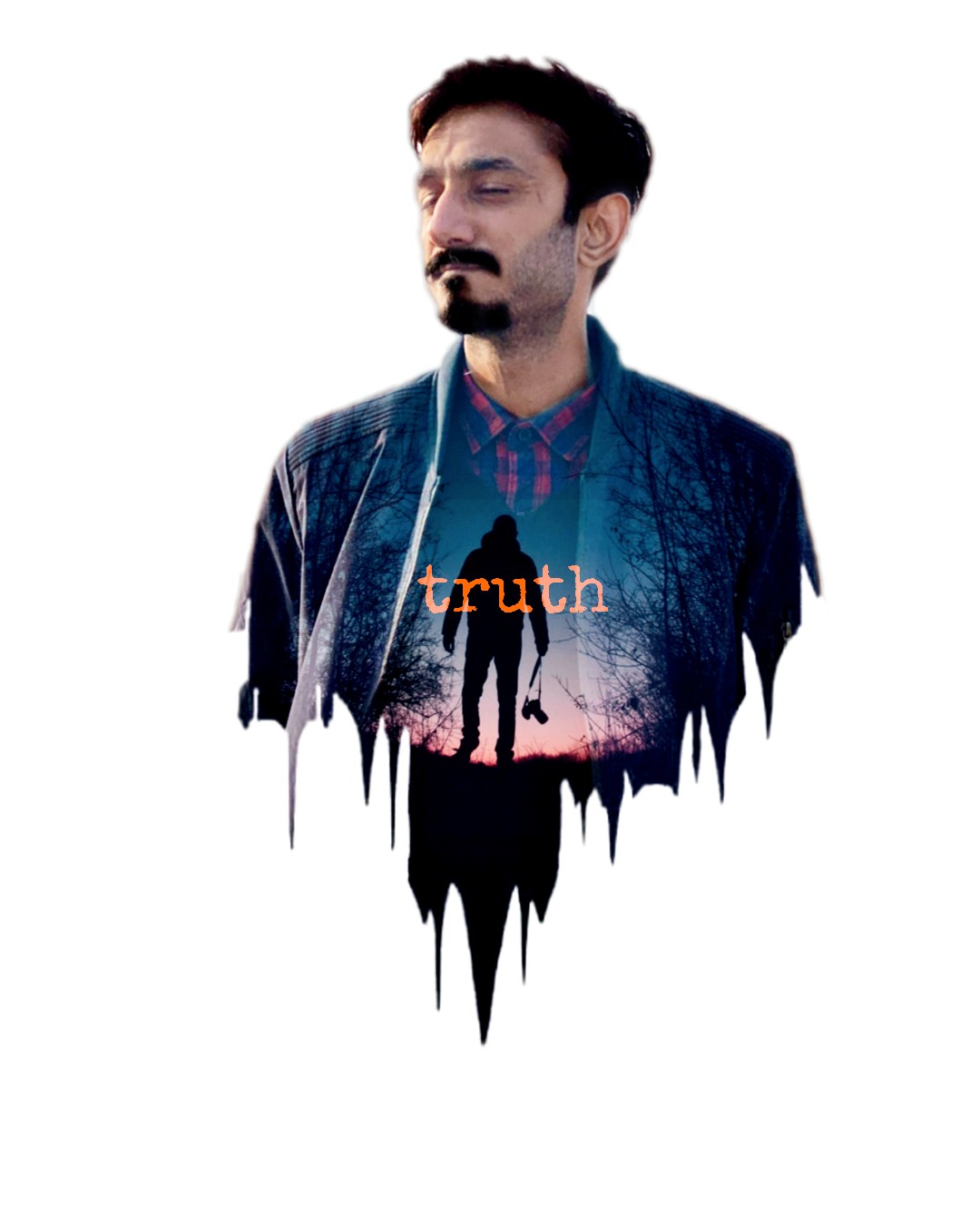 Madhukar is a marketing communication specialist at Nimble AppGenie. A writer by day and reader by night, he specializes in technical blogging. Throughout the time, he has been helping businesses by writing valuable business guides and articles.
Whereas, Nimble AppGenie is an expert in developing solutions for Healthcare, FinTech and EdTech. Nimble AppGenie is helping small-large scale enterprises by providing innovative solutions that excel in the market.