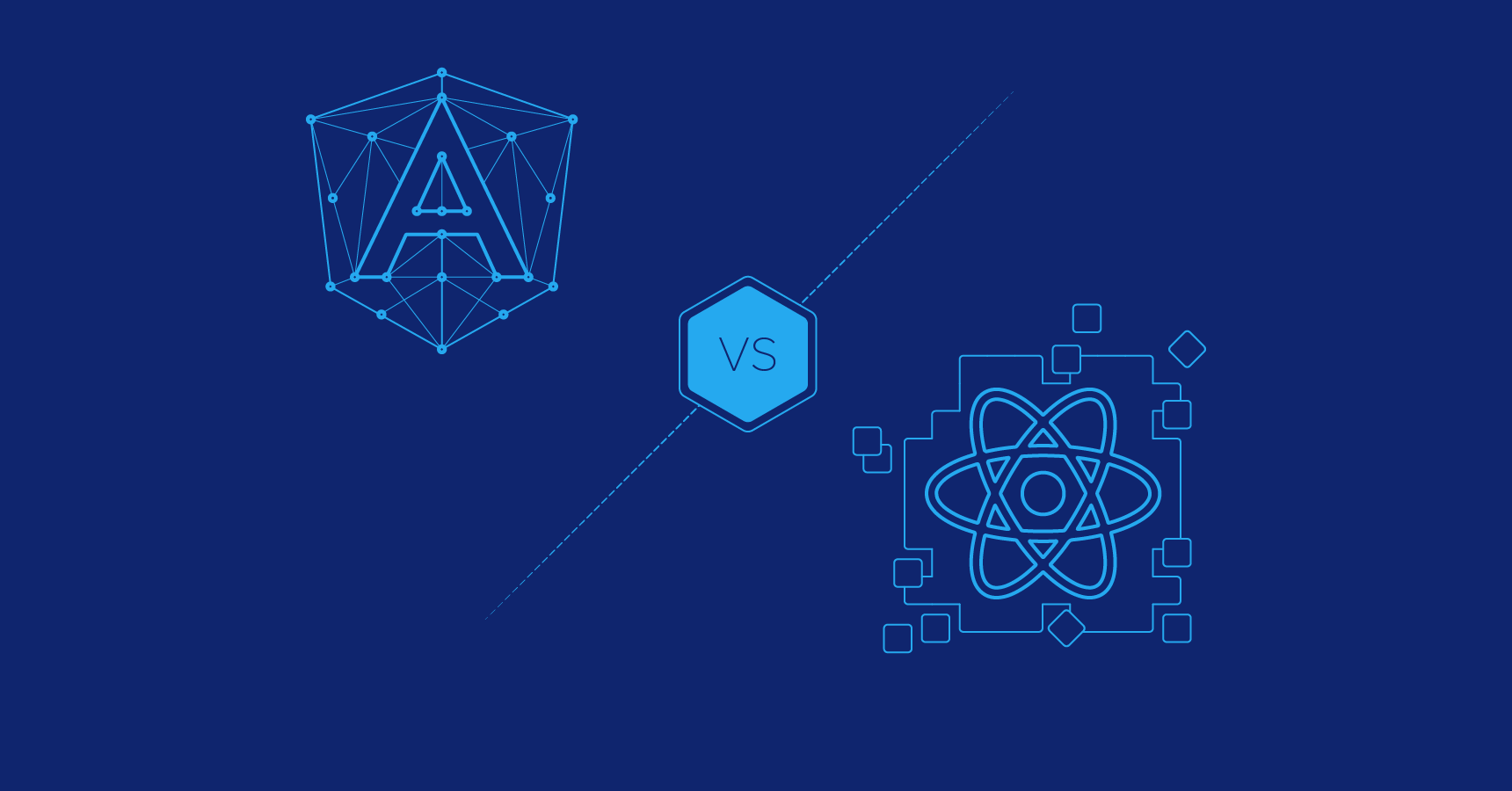 Angular vs. React: Which Is Better for Web Development?

React is a popular JavaScript library that was developed by Facebook in 2013for developing collective web pages.It is mostly used for the development of high traffic websites. Facebook developed it when its adds started gaining traffic. ReactJS is highly dynamic and it also offers great support in developing responsive UI. Some of the popular companies that use ReactJS are Netflix, Glassdoor, and PayPal.React is based on JSX which is a Python extension that allows developers to create reusable HTML front-end elements.

If we carefully look then we will know that ReactJS is a library whereas Angular is a framework. Both are two different sides of a coin. React requires integration with multiple additional tools and libraries. There are some “out of box” features offered by both React and Angular.

React completely depends on the components. Everything developed using React is made up of small units which are later combined to deliver a complete view.

It is a preprocessor that allows developers to use XML syntax in JavaScript. However, JSX is only used for clean coding. So integrating JSX with React.js is optional.

Since the apps or websites developed using React are made by combining various small components together for rendering the final product. So any changes made to a particular component does not affect the entire product.

Instead of Virtual DOM, react uses the exact form of real DOM. So if the user makes any changes, then they are rendered to the application without affecting the application.

Since it follows the downward data binding approach, parent entities are not affected by the child entities. This allows for fast coding and easy development.

As discussed already, some parts of the code can be re-used, developers can use the existing code and apply hot reloading to for agile development. This improves app performance as well as fastens the development process.

React uses Redux which allows the hassle-free testing process. All this makes it less difficult for the software testers to check the software and log statistics adjustments.

Powered by Google, Angular is a front-end framework that is adaptable with almost every code editor. Also being a part of the MEAN stack, it is used for developing dynamic web applications and websites.MongoDB, Express.js, Angular or Angular.js and Node.js are some components of Angular. It allows developers to create dynamic and single-page applications. the main reason why Angular was developed is to turn HTML documents into dynamic pages.

As the framework can handle dependency coupled with MVC architecture, it gives the liberty of parallel development to developers. In addition to this, it also gives entire control of the application to developers.

As AngularJS uses HTNL for web development, the task to learn more code is slightly reduced. So it is easy for developers to quickly develop web applications without making too many efforts.

To take loads off from the server, AngularJS uses caching and various other similar processes. Due to this the servers only handle the static files by reacting to API calls.

With AngularJS, it is easy to test both types including unit testing as well as end-to-end testing. This is because AngularJS supports flexible and smooth testing at any development level.

Since integrating JS with Angular is not a difficult task, it makes searching for an error in the code easy, So the developers can write error-free code for delivering quality products.

Which One is Better for Web Development? AngularJS or ReactJS

React.js and AngularJS take a completely special lookout for web improvement. Having their very own advantages and drawbacks, none is a clear winner here. At the same time as React.js may also fit one type of application the excellent, AngularJS may be the maximum suitable preference to every other kind.

So, which contender captured your coronary heart? One side there is a mature feature-rich framework and on the other hand, there is a dynamic JS library on the opposite. Both are strong technology broadly used inside the net app development enterprise. The above-described intricacies of angular vs. react should manual you to make the right preference. Be attentive and nicely-targeted in your very last decision.