Since its advent, AI solutions have become the most talked-about technology. This technology allows increasing human intelligence to improve working capabilities and provide personalized service to users. It is used for creating and transforming Developing AI Solutions for many different businesses’ purposes. Moreover, AI is helping to overcome complex challenges by making interactions with machines without any hassle.

Artificial Intelligence in itself is so substantial and robust that it can convey yet another revolution in the field of human intelligence and computers. AI has become a guide that has introduced the massive potential for mobile app developers at new levels. Furthermore, it is one of the most promising and growing technologies in every industry. Also, it is driving new opportunities for big companies and startups. Let’s look at the market scenario of Artificial Intelligence before looking into the top six programming languages.

Moreover, it is also stated that several factors like the growth of data-based AI, deep learning and the need to achieve robotic autonomy are expected to drive the adoption of AI mobile apps solutions. This is in order for technology companies to stay competitive and thrive in the global market. 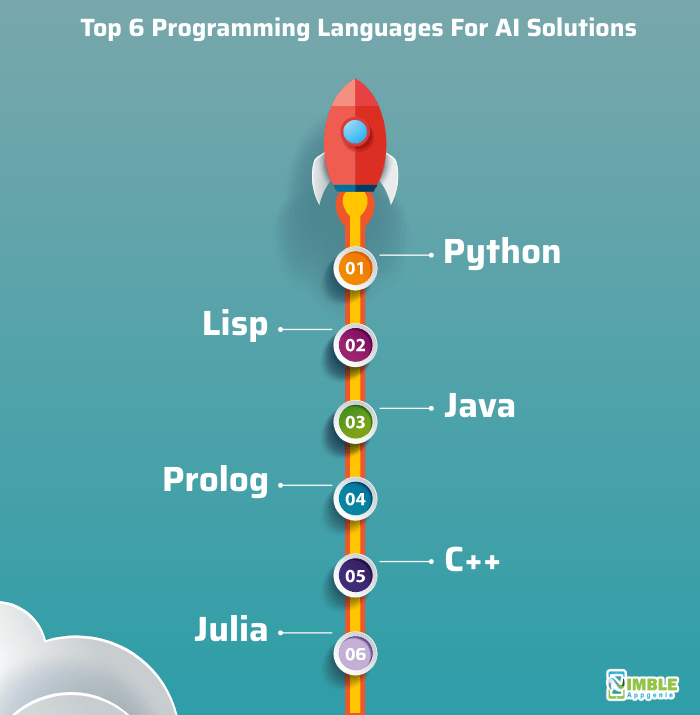 As we all know, Python is a programming language, and it was invented in the late 1980s. Furthermore, in December 1989, its implementation was started by Guido van Rossum. In this digital era, with the advancement of new technologies, it is the most popular programming language ​​used in ML (machine learning). It is a powerful data analysis tool that is widely used in big data technology. Moreover, it has many different uses, including data analytics, data visualization, programming applications, game development, language development, web development, and many more.

Indeed, Python earned a special status due to a large community of ML (machine learning) developers that mainly focused on the rapidly growing AI (artificial intelligence) industry. Now, here the question arises: Why is Python chosen for AI development? Now you don’t have to wonder. 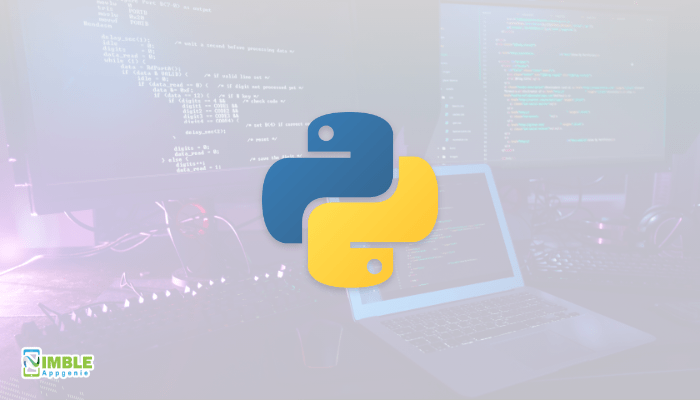 LISP has become a dynamic and robust language in coding and providing freedom to app developers. Moreover, its flexible nature enables fast prototyping and experimentation at new levels. It offers a unique macro system that facilitates easy implementation of different levels of intelligence for the developers. This is why developers opt for Lisp as the problem solving for machine learning and inductive logic projects. An imperative feature of the Lisp language is that data and programs do not differ outwardly within its programming environment. It is precisely that property that has made Lisp one of the best languages for AI programming. 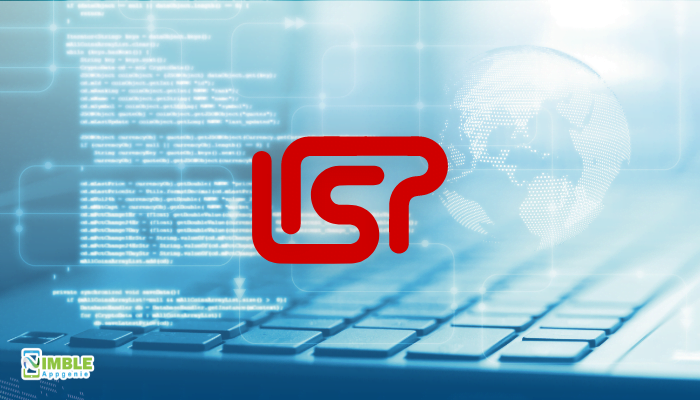 This makes it possible for developers to write programs in LISP (List Processing) that manipulate both data and programs. Indeed, this high-level language impresses AI developers quite well and has been used in many classic AI projects. Lisp is the equivalence of data form and program form that enables data structures to be executed as programs and programs to be modified as data. 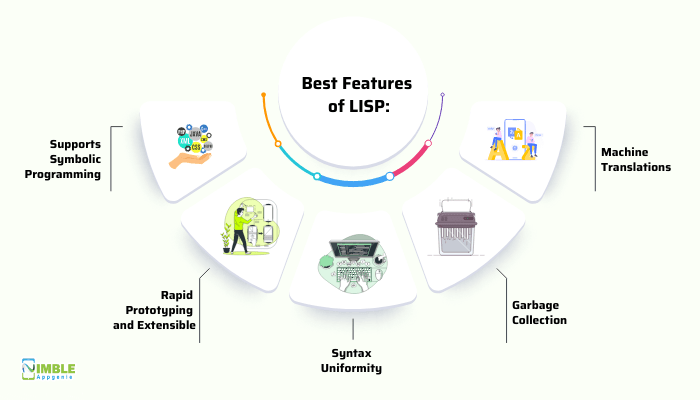 Java is a computer programming language developed in the early 1990s by James Gosling. It is a simple, efficient, general-purpose language. However, work on the language began in 1991. It was initially considered as an OOPS (object-oriented programming language) and high-level programming language that closely matches C ++ in structure. Although, it is essentially used for Internet-based applications. Java boasts a wide range of beneficial algorithms for the Machine Learning app development community with its immense popularity. 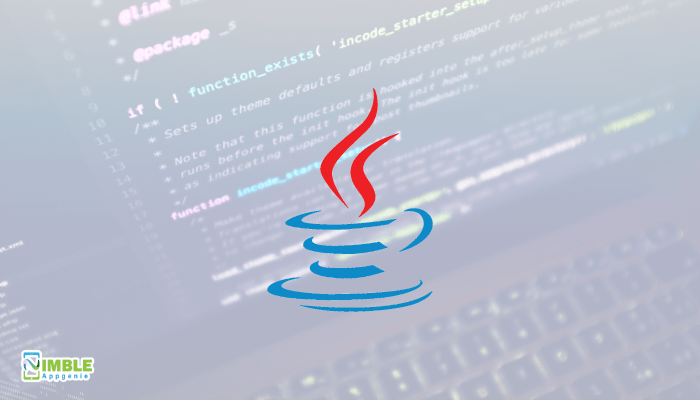 This programming language is used for a versatile purpose that can run on any platform. It derives a significant part of its syntax from C and C++ that follows the (OOPS) object-oriented concept. The best part of the JAVA is that once written, it can be read or run anywhere. Thus, this programming language is used for both artificial intelligence (AI) and neural networks.

Java is very popular among mobile app developers because of its advanced, innovative, & easy to use features and familiarity. This is why Java is always a choice for mobile app developers who plan to develop large-scale projects, especially when portability is necessary. Moreover, Java is also a multi-paradigm language that is simple to learn and allows debugging convenience for varying complexity of Artificial Intelligence development.

Prolog is the oldest programming language developed and implemented in Marseille, France, by Alain Colmerauer and Philippe Roussel, in 1972. It is designed explicitly for computational linguistics and Artificial Intelligence (AI) development. This language has been used for theorem proving, expert systems, term rewriting, type systems, automated planning, and its original intended field of use, NLP (natural language processing). Prolog programming for AI (artificial intelligence) has excellent features of automatic backtracking and pattern matching. In addition, it is supported by many frameworks, which make programming much more accessible. 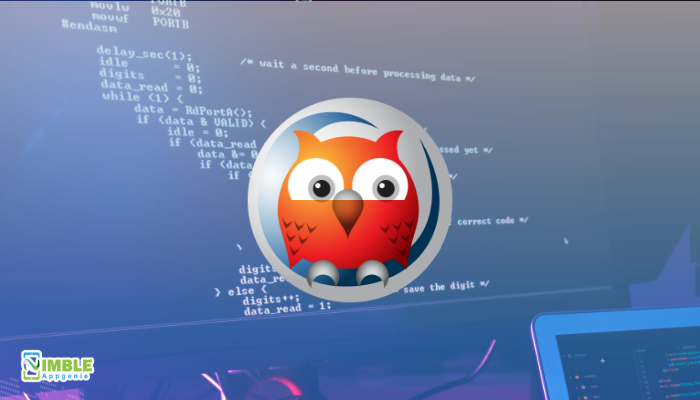 Moreover, these unique features of Prolog are applied in various aspects of AI development for advanced solutions. Therefore, it is well-suited for specific tasks that benefit from rule-based logical queries like filling templates, searching databases, and voice control systems.

Prolog gives various helpful features for solving logic problems and creating expert systems for ML (machine learning). Also, it is declarative in nature, which means rules and facts represent the logic of any program. Prolog facts and rules can be dynamically changed by the program itself or by the user at runtime. It is much more potent than algorithmic languages like C or Pascal. By using Prolog, one can exploit the basic constructive features of LISP as well. It is preferred for AI solutions because it revolves around a dedicated set of mechanisms that includes a small, flexible, and well-built programming framework. 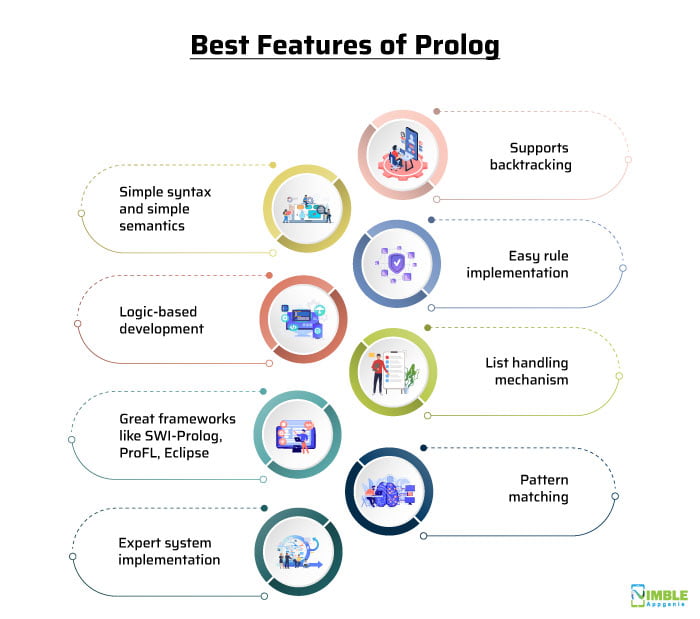 Bjarne Stroustrup developed C++ in the early 1980s at Bell Laboratories. It is used for AI programming projects as it provides faster execution and has less response time. In addition, it is based on the traditional C language, but with added object-oriented programming concepts and other capabilities. It is one of the fastest high-level computer programming languages offering essential advantages to developers. As a large number of calculations accompany AI development, likewise C++ can play a vital role. It is a good option for the development of computer games and projects based on search engines. Moreover, C++ allows extensive algorithms for AI (artificial intelligence) development in ML (machine learning) and developing neural networks. 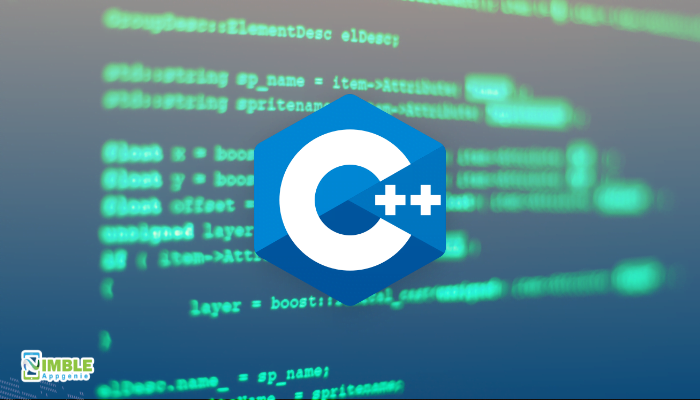 The best part of C++ is that it runs on all platforms without any additional recompilation. Thus, it provides faster execution of complex algorithms using statistical AI techniques. Indeed, it is probably the fastest language out of all. Therefore, whenever speed is the prime concern of any AI developer, C++ opts. In particular, the programming library provides robust mathematical processing capacity to C++ to easily process complex statistical/numerical math. 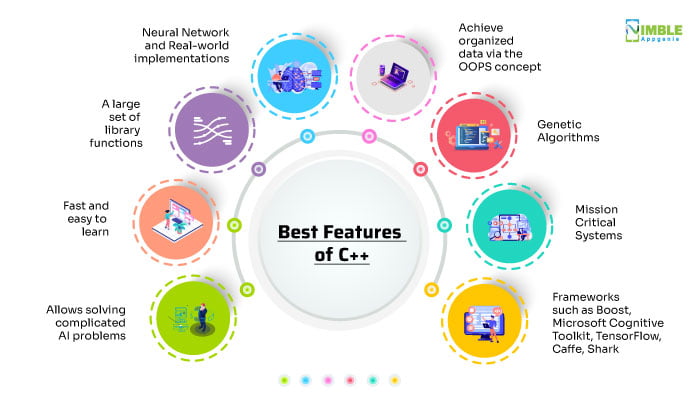 Alan Edelman, Viral B. Shah, Deepak Vinchhi,  Keno Fischer, Stefan Karpinski and Jeff Bezanson developed Julia in 2015. Julia language is an open and dynamic compiled language that primarily focuses on performance computing in technical and scientific fields. It seemed natural that interactivity was essential only in interpreted languages ​​like R, MATLAB, and Python before its appearance. However, the combination of JIT (just-in-time) compilation in Julia made it possible to achieve almost the same effect. As a result, it became interactive and fast. 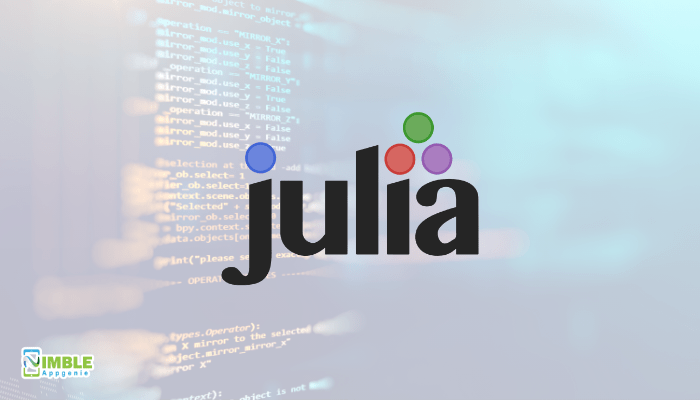 Indeed, the speed of executing programs in Julia is comparable to the speed of programs written in the C language. Furthermore, the Just-in-Time (JIT) compilation in Julia is performed only when the code needs to be executed, with multiple dispatching. Julia is tailored to create almost any application but is highly suited for numerical analysis and computational science. Moreover, various tools are available for Julia, like popular editors such as Vim and Emacs and IDEs (integrated development environment) such as Juno and Visual Studio. 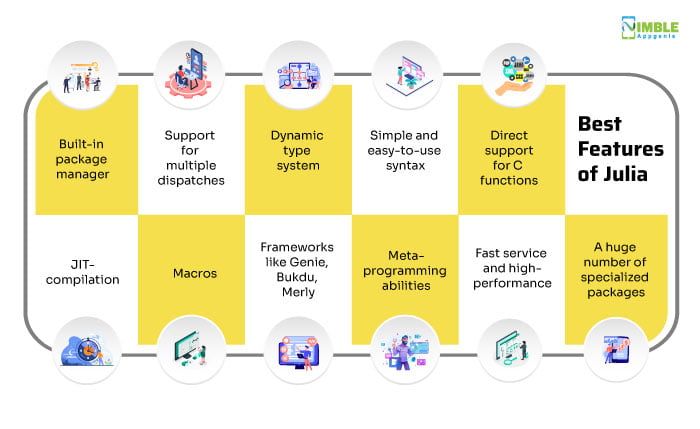 It also generated many innovations like high-level tools for parallel and distributed computing and support for metaprogramming. In addition, Julia provides ready-to-use pre-trained models for general machine learning (ML) tasks. Although Julia is a relatively young language, sometimes it just amazes with its intelligent, mature ecosystem. While other languages, like Python, boast many well-developed packages for this area. Their counterparts in Julia deserve attention because these packages are written in a fast, high-level language. Also, they are solid software components that are easy to use, no matter what language they are transmitted from.

We all know that Artificial intelligence is used in a wide variety of industries offering more significant opportunities. Therefore, it became necessary to hire AI developers for AI-based machine learning mobile app development. Many AI App Development Companies are working on innovative AI solutions to integrate within systems and make smart solutions that work and think as humans do.

I hope now you know the top 6 programming languages that you can use while Developing AI Solutions. So, it is time to apply the top-notch performance and quality for AI to bring out the best in the application. Still, if there are any doubts, you can contact us.

We, at NimbleAppgenie, have Mobile app development teams with knowledge of AI technologies. As a result, it has become our standard practice to develop AI products robust, faster, and more efficiently. We are an extremely professional AI-based education app development provider who provides AI development services to innovative companies around the globe. 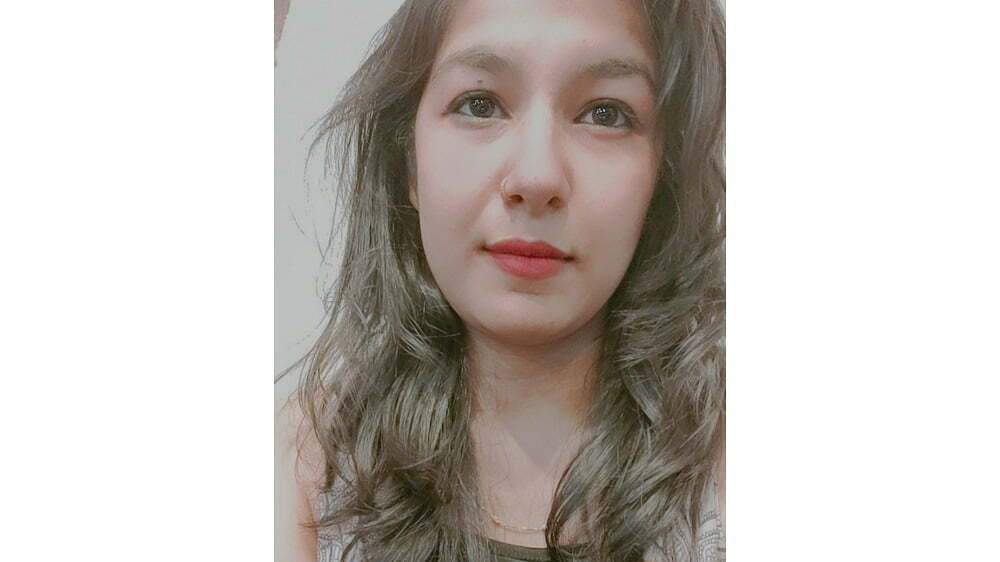